Sport is an integral part of day-to-day life here at Emanuel. At the heart of our offering is an understanding that sport and activity provides opportunities for improving health and fitness, boosting wellbeing, and developing character. We believe in engendering a love of sport and activity, where every pupil can benefit from being involved as part of team and as an individual.

Our sporting programme allows pupils to be introduced to a wide variety of sports from an early age, developing a broad range of athletic skills and producing superior all-round games players. As pupils progress through the school, they can begin to specialise in their chosen sports, but still retain the breadth of opportunity should they wish to diversify.

We are ambitious, running over 1000 inter-school fixtures each year with significantly more teams than many other independent schools in our performance sports. Our sports facilities are very busy throughout the week with training and fixtures with significant numbers of pupils having the opportunity of representing the school and competing alongside their peers. The majority of these matches take place on Saturday mornings – meaning the school and sports grounds are alive with pupils and parents at the weekend – though regional and national cup competition fixtures will often be scheduled for midweek. Our co-ed House sports competition ensures that girls and boys have opportunities to compete alongside one another as part of their House teams.

Training sessions take place before and after school, as well as during designated Games afternoons for each year group, with a full programme of sports specific strength and conditioning to prepare our athletes from Year 9 upwards. All sessions are coached by highly-skilled, qualified sports specialists many with extensive experience within professional sport as competitors and coaches.

We are aiming to be the top co-educational school for sport in south-west London and to build on recent successes at national and regional level across our sports.

Our sporting programme can split into three different strands: performance, development and engagement. Further details can be found below along with details of school fixtures. 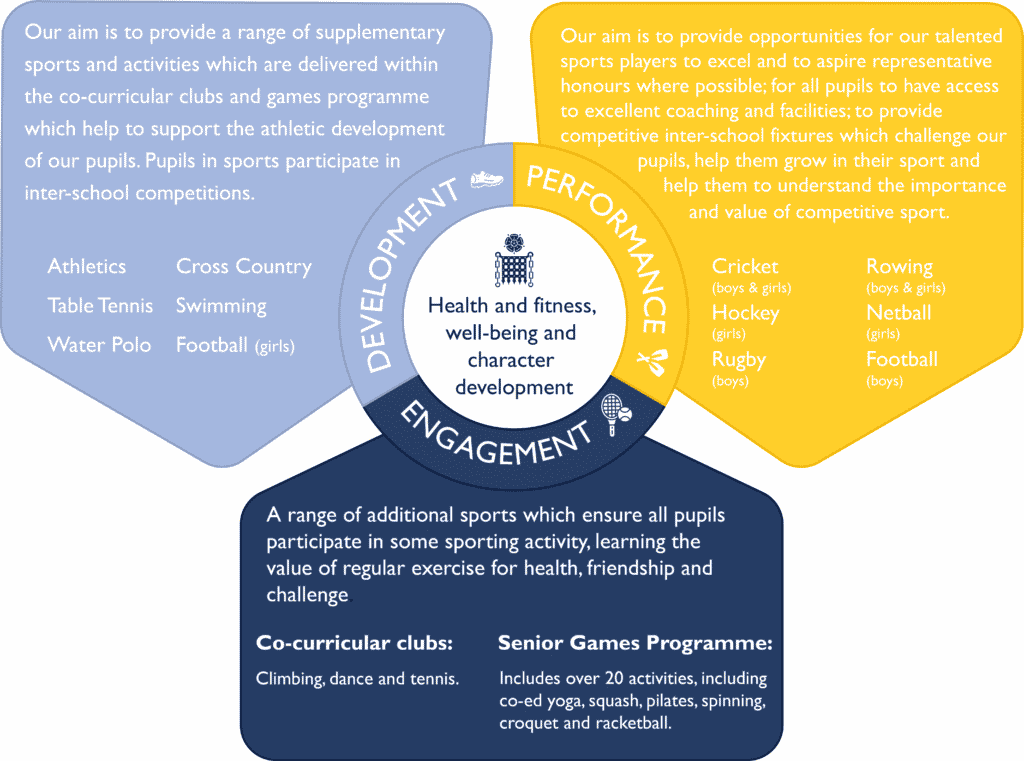 Beyond the Classroom Sport

Fixtures, teams and results can be found on the Emanuel School Socs page here. 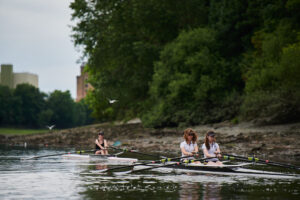 Our aim is to provide opportunities for our talented sports players to excel in sports and to aspire towards representative honours where possible. We aim to ensure all pupils have access to excellent coaching and facilities and provide competitive inter-school fixtures. These challenge our pupils, encourage them to grow in their sport and help them to understand the importance and value of competitive sport.

Netball is the performance sport for girls during the autumn term. We run multiple teams at every age group competing against local independent schools as well as taking part in regional and national competitions. The U13A team were runners up in the ‘Sisters n Sport’ National Netball Cup in 2022 and the 1st VII reached the semi-final. Emanuel has 8 players currently involved with Surrey academy squads as well as the Surrey Storm and London Pulse.

Rugby is the performance sport for boys during the autumn term. We run multiple teams at every age group competing on a strong fixture list against schools in London and further out into Surrey. Emanuel competes in the RFU Schools National Vase competition at 1st VX and U15 level.  Sevens becomes part of the sports programme in the spring term with teams competing in various local and county competitions, as well as the Rosslyn Park National Sevens. 12 players are currently involved in professional rugby academies.

Hockey is the performance sport for girls during the spring term. The school fields multiple teams at each age group playing on a competitive fixture list against local schools, as well as competing in various local and regional competitions. 2 players are currently part of the England Hockey Performance Centre.

Football is the performance sport for boys during the spring term. Teams at all age groups participate in fixtures against local schools. The school introduced football in 2020 and has phased its introduction through. In 2023 we will field teams up to U16 level and from 2024 up to 1st X1 (U18). We will also expand our entrance into the regional and national cup competitions over the coming year. 3 players are currently involved in the academies professional or semi-professional football clubs.

Girls’ football runs as a summer term club for the Lower School. 2 players were selected for the Independent School Football Association side.

Cricket is the performance sport for both girls and boys in the summer term. The school fielded 32 teams during the 2022 season – the most of any other south-west London day school – ensuring significant numbers of pupils received opportunities to represent the school in competitive fixtures. Alongside the Saturday and midweek fixtures, the school takes part in various regional and national competitions. 7 players are currently involved in Surrey performance squads. We are delighted to have been included in ‘The Cricketer’ Top 100 Schools 2021-22.

Rowing is a performance sport all year round, with pupils in Year 9 and above involved in various regattas throughout the season. All pupils in Year 8 undertake a rowing taster for half a term and get to learn about being on the water and life down at our boat house at Barnes Bridge.

The boat club has enjoyed strong performances at the Henley Royal Regatta, Schools Head of the River and National Schools in recent years, as well as in local regattas. This year, two senior rowers were invited to the final round of GB trials and went on to represent England, to add to the over 50 international and Olympic rowers who have been part of the school. 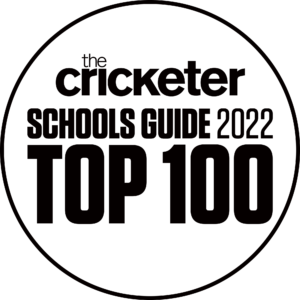 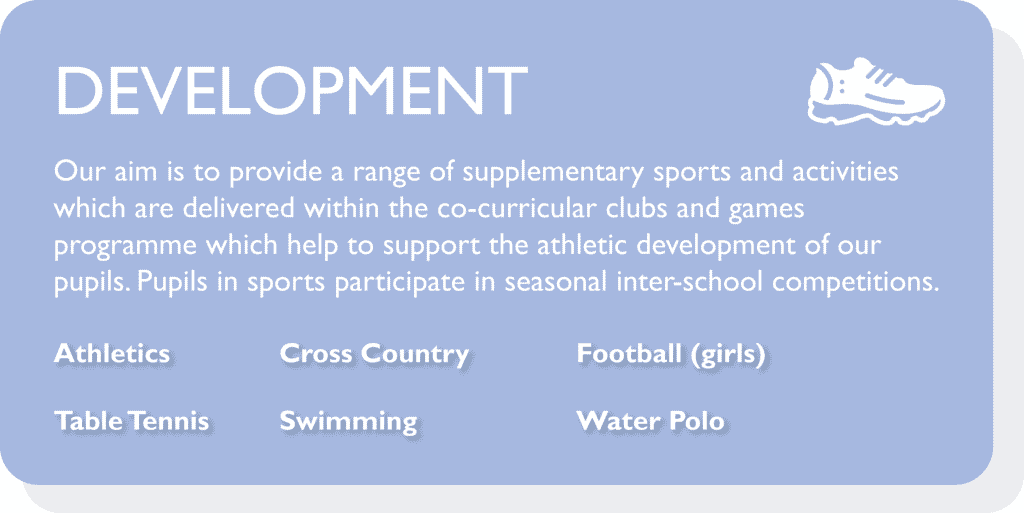 The school has a strong sporting tradition and a commitment to ‘sporting excellence’ and ‘sport for all’. Our aim is to provide a range of supplementary sports and activities which are delivered within the co-curricular clubs and games programme to support the athletic development of our pupils. Pupils participate in seasonal inter-school competitions consisting of athletics, cross-country, girls’ football, swimming and water polo. Amongst our recent successes, the U13 water polo team finished 5th in country in 2022.

A range of additional sports are available to ensure all pupils participate in some sporting activity and learn the value of regular exercise for health, friendship, and challenge. These cover co-curricular clubs (climbing, dance and tennis) and the senior games programme, which includes over 20 activities.

Emanuel School currently has 26 sports scholars across the year groups. Each scholar makes a substantial contribution towards sport and represents the school at county, regional and national levels, as well as being outstanding role models at school. Click here to find out more about sports scholarships at Emanuel.

Tours at Emanuel typically follow a two-year cycle, where every other year, a major sport tour is available for boys and girls of junior and senior age. As well as giving pupils the opportunity to develop their talents and skills, tours abroad encourage pupils to develop a social awareness of other countries and cultures.

There is a regular programme of sports tours designed to extend and challenge our girls and boys, while also providing them with opportunities to broaden their experiences playing cultures and styles. In the next twelve months our senior pupils will tour Netherlands for netball and cricket and take part in a residential rowing camp in northern Italy. During the last academic year, our lower school pupils enjoyed a netball tour of southern Wales and a cricket tour to the midlands.