Hans Woyda is a club primarily for enthusiastic and talented young mathematicians.

In principle, we train for the London Schools Hans Woyda Competition; however, we always stray off the chosen path wherever possible. This could not be better highlighted than by the solutions seen below, produced by Year 6 pupil Farhan. Miraculously, he also solved the other four questions on the two hour paper, suggesting that maybe one day he could replicate the achievements of our Head Boy, Siddiq Islam, and win a place at Oxford to read Mathematics.

How many numbers less than 2013 are both:

Pippa’s brother Ben also thinks of a number but he subtracts 1 to get a second. He then subtracts 2 from the second to get a third, and so on until he too has five numbers. 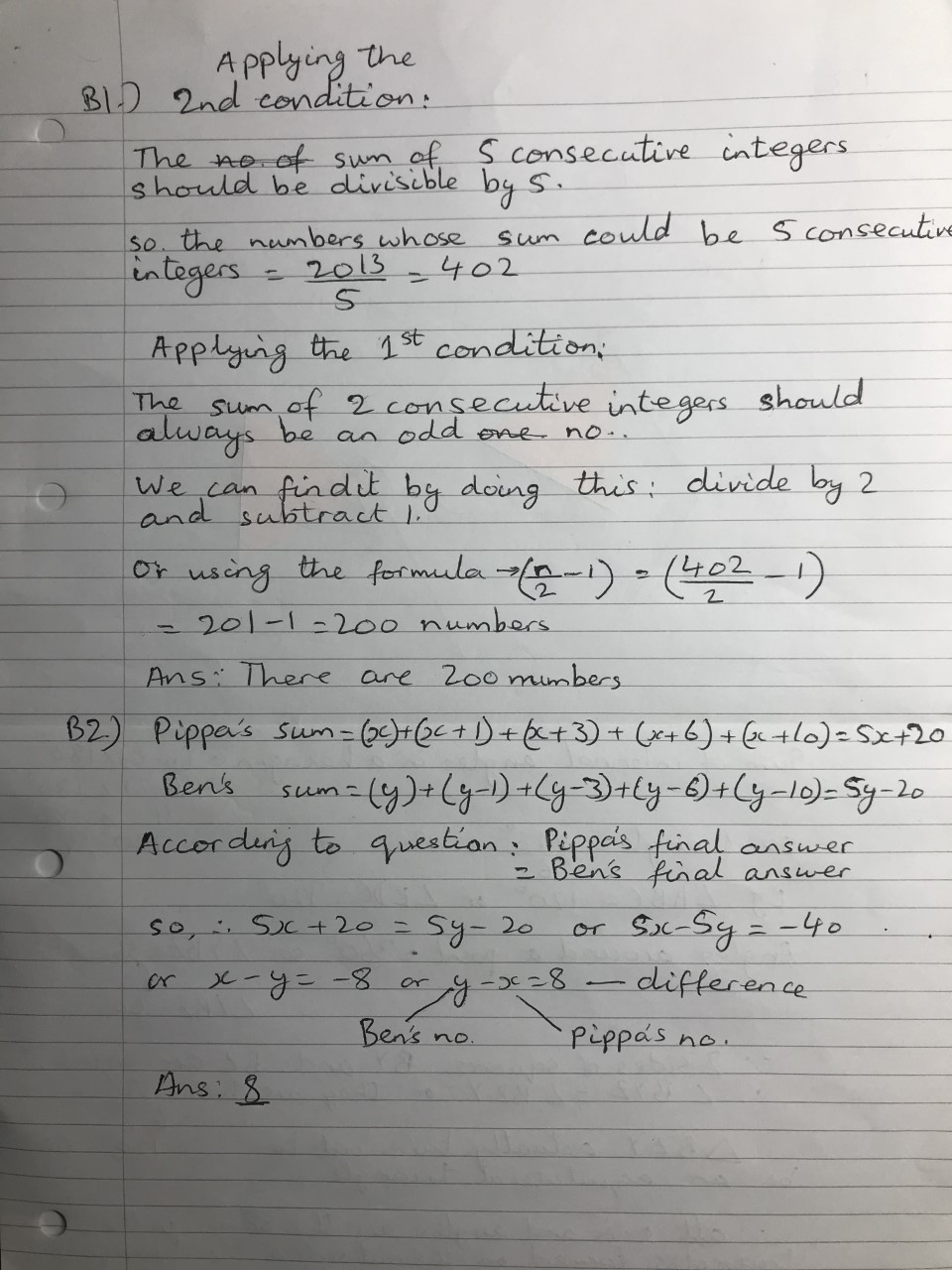