Well done to Year 11 pupil Lukas Mitchell, who has been awarded a Volunteer of the Year Award (a Pride of Brent Youth Award).

Lukas was nominated for his initiative spirit and the time and effort he spent picking up litter around the area of the Welsh Harp Reservoir (Brent Reservoir). He has been volunteering with The Friends of the Welsh Harp for over two years and is a committed and valuable member of the group.

The Pride of Brent Youth Awards aim to celebrate the achievements of young people across the Borough of Brent. The awards aim to recognise young people who lead by example, trying hard to make a difference in their community and those who often put others before themselves.

The winners were invited to The Drum at Bret Civic Centre to collect their awards at a glamorous ceremony in July.

This is a spectacular achievement – well done Lukas. 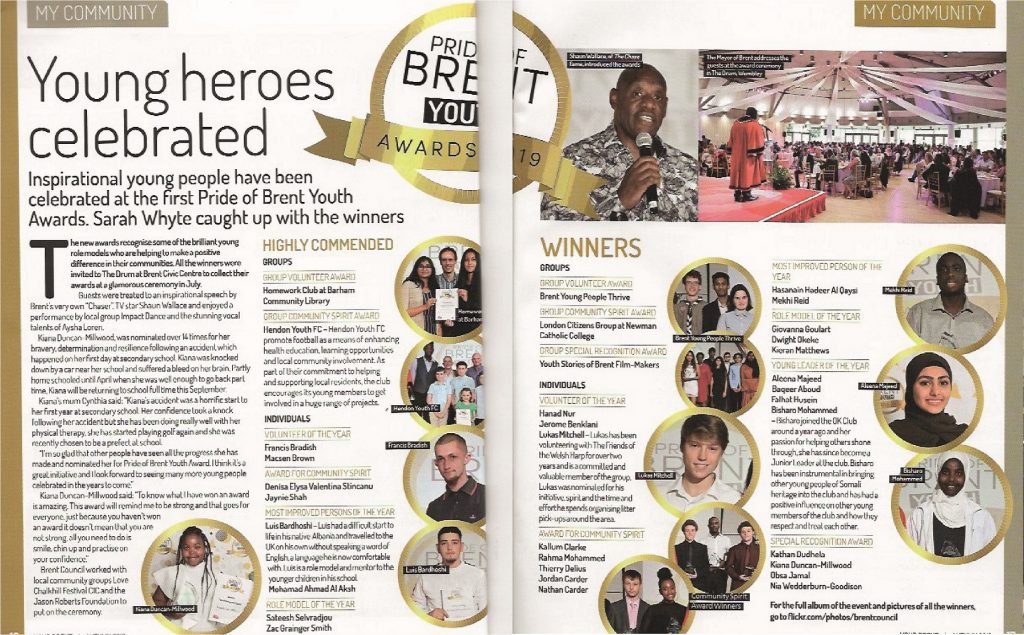