Emanuel’s U13 team played their first ever game of Water Polo against Alleyn’s School.  This was a friendly game for both schools to give their pupils an opportunity to experience the game for the first time.  At this age the game is played with both genders together before it splits at U16 at a competitive level.  The pupils played six 5 minute blocks and scoring two goals but creating multiple opportunities.  The result aside, the performance was admirable given none of the pupils had ever played the game competitively before.

The Swimming club was back competing again in two galas.  The first was the English Schools’ Swimming Association (ESSA) Regional Relay time trials.  Emanuel entered Junior (U12 & U13), Intermediate (U14 & U15) & Senior (U16 & U18) boys and girls teams into two relays each.  The relays were; 4x50m medley relay (two lengths of each stroke) and 4x50m freestyle relay (two lengths of front crawl each).  All times are submitted to ESSA from across the country and the top 20 times in each event go on to compete at the National Relay Finals, hosted at London Aquatics Centre in the Queen Elizabeth Olympic Park in November of this year.  Our final standings are yet to be announced.

The second gala was Round 1 of South West London Schools’ Quadrangular.  Emanuel enters individual age group teams from U12-U15 for both boys and girls.  Each age group attends two of the four rounds with scores rolling over from each round into an overall boys winner, girls winner and Coed winner, which will be announced at the end of the Spring Term.  Round 1 was hosted at Latymer Upper School and saw our U12 & U13 boys and girls swimming, many of them for the first time.  There were some very impressive performances both in terms of results as well as courage shown.  Round 2 will be held at Emanuel in November between the U14 & U15 girls and boys. 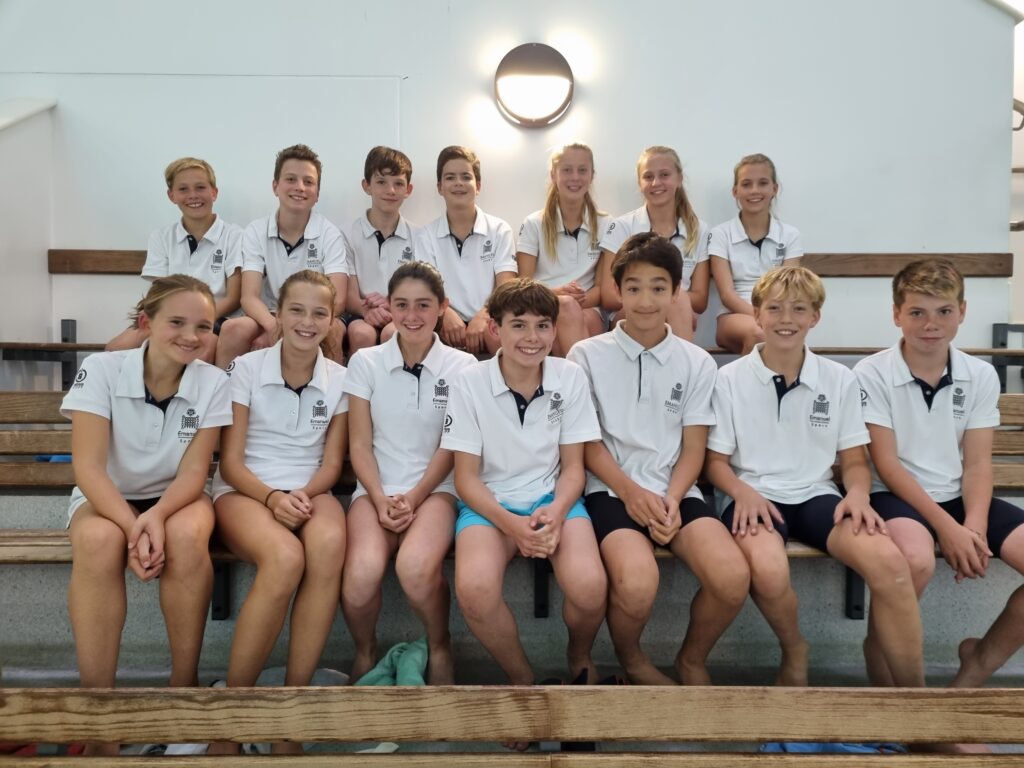