The Goddard lectures offer pupils an opportunity to hear from individuals who are expert in their field, aiming to promote a high level of academic and professional engagement from pupils, promoting bright minds, innovative thinking and gritty determination.

They are named after one of our most distinguished alumni, Professor Peter Goddard, CBE FRS, who remains a good friend to Emanuel School. He is a mathematical physicist who works in string theory and conformal field theory. After Emanuel, he was educated at the University of Cambridge, where he was a professor in the Department of Applied Mathematics and Theoretical Physics, founding deputy director of the Isaac Newton Institute for Mathematical Sciences and, until 2004, Master of St John’s College. After serving as Director of the Institute for Advanced Study at Princeton University from 2004 to 2012, he is now a professor in the Institute’s School of Natural Sciences, where he has kindly and enthusiastically hosted us on recent visits to Lawrenceville School and Princeton. 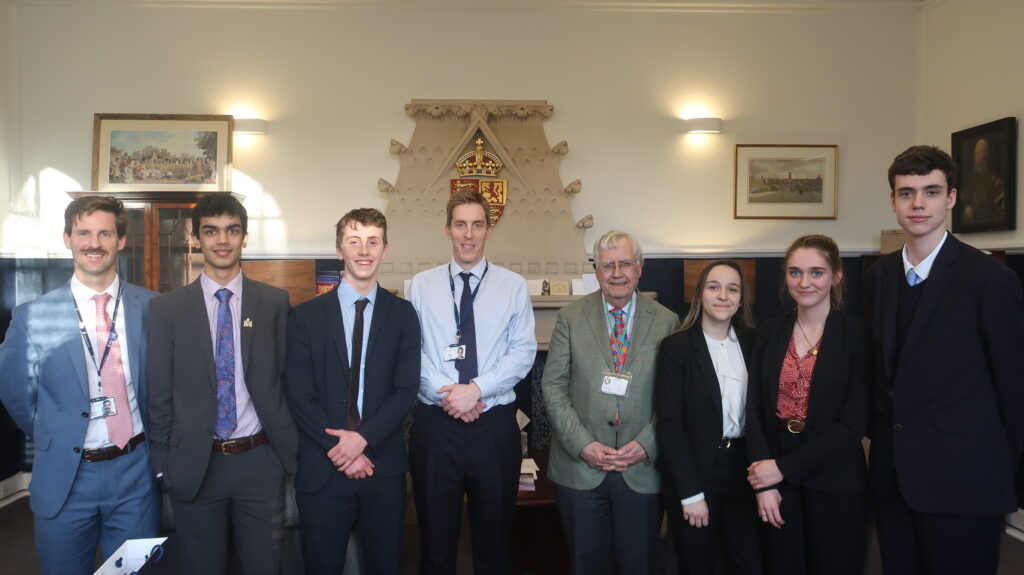 Beyond the Classroom Goddard Lectures

In Autumn 2021, we were delighted to hear from old Emanuel, Mark Miodownik, a materials scientists known widely for his broadcasting and outreach work. Professor Miodownik spoke with great enthusiasm about the way in which the human relationship has changed with materials over time.

Mark looks toward a future when buildings would behave like trees, or our skin, and have the ability to heal. He explained how his team are already trailing the use of additives containing bacteria and starch into concrete structures, like bridges and roads, that are able to regenerate calcium carbonate when exposed to the air. Overall we were taken by his great passion for science and sustainability.

Mark received his PhD in turbine jet engine alloys from Oxford University, and since has worked as a materials scientist. For over a decade, he has championed materials research that links the arts and humanities to medicine, engineering and materials science. This culminated in the establishment of the UCL Institute of Making where he is Director and runs the research programme.

Mark regularly gives talks on engineering and materials science to tv, radio, festivals, and school audiences, including  giving the 2010 Royal Institution Christmas Lectures, writing a column for The Observer, and being a regular presenter of science TV programmes. Some of his achievements include, the Royal Academy of Engineering Rooke Medal, being elected as a Fellow of the Royal Academy of Engineering and winning the Royal Society Winton Prize. In 2015 he won a US National Academies Keck Futures Prize. In 2016 he was awarded the AAAS Prize for Public Engagement with Science. 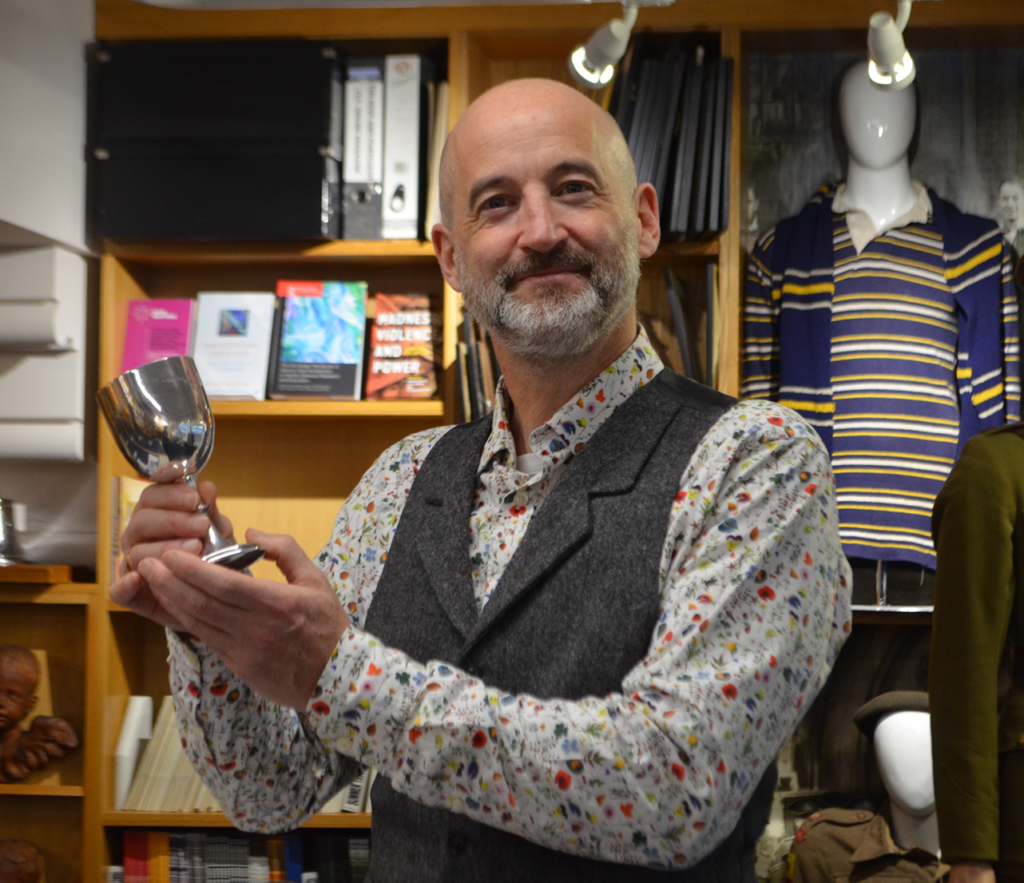 It was a pleasure to welcome Dhiraj Mukherjee to Emanuel in Autumn 2021 to deliver the third Goddard Lecture. Dhiraj is best know for being a co-founder of Shazam.

Pupils in the Middle School were hugely grateful to hear from Dhiraj Mukherjee, the co-founder of Shazam, at the first in the Goddard Lecture Series for 2021-22. He spoke to students about the decade long process by which Shazam became an overnight sensation including the many lessons he learnt along the way. Dhiraj offered helpful advice for budding entrepreneurs, notably the importance of persistence and determination when faced with challenges.

He then went on to speak about investing sustainably in the future. Students were able to ask questions ranging from what he learnt from his failures to how technology might make the world a better place in the future. The students left reflecting on how they can change the future for the better. We are hugely grateful to Dhiraj for being so generous with his time. 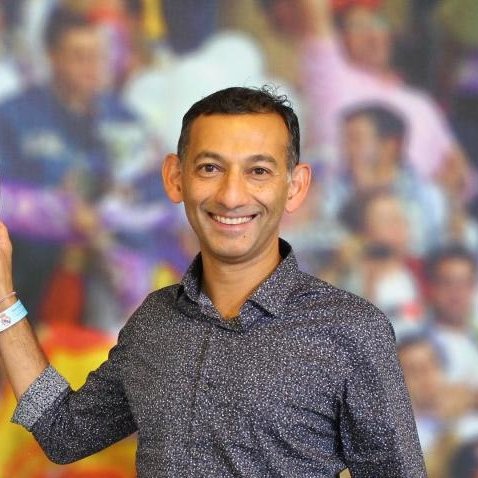 In January 2020, Years 11, 12, and 13 have the honour of listening to Yonca Dervisoglu. Yonca is Chief Marketing Officer of Europe, Middle East and Africa for Google.

Yonca has worked at Google for 13 years and oversees teams in over 30 countries. She co-founded Google Arts and Culture and since joining Google, has helped open offices in Poland, Turkey, Russia and Greece and cofounded the Google Cultural Institute. Her role now has involvement with teams in 35 countries and she oversees everything from hardware to consumer apps to ads platforms.

She has worked on promoting digital skills, particularly amongst women and refugees, and is behind the initiative for training three million individuals and businesses in digital skills across Europe and Africa – for which Google received an award from the European Commission. Prior to Google she spent fours year at Yahoo!, and nearly a decade at Unilever. She also is a Non-Executive Director of the Heineken Supervisory Board, a member of the Global Leadership Council for The Brookings Institution, a member of the Digital Advisory Board to the Natural History Museum, a member of the Accelerate Her Advisory Board of Founders Forum, and a fellow of the Marketing Society.

Yonca spoke about what had allowed her to achieve the success that she has. This included the capacity to work hard, but she drew particular attention to the idea that if you are working in an area you are passionate about, the hard work will always feel easier. She then answered some challenging questions with good humour on topics as varied as the necessity for positive discrimination to allow women to achieve greater parity in professional environments, the concern over large technology companies and their access to our data, and the challenges of running a truly multi-national company. 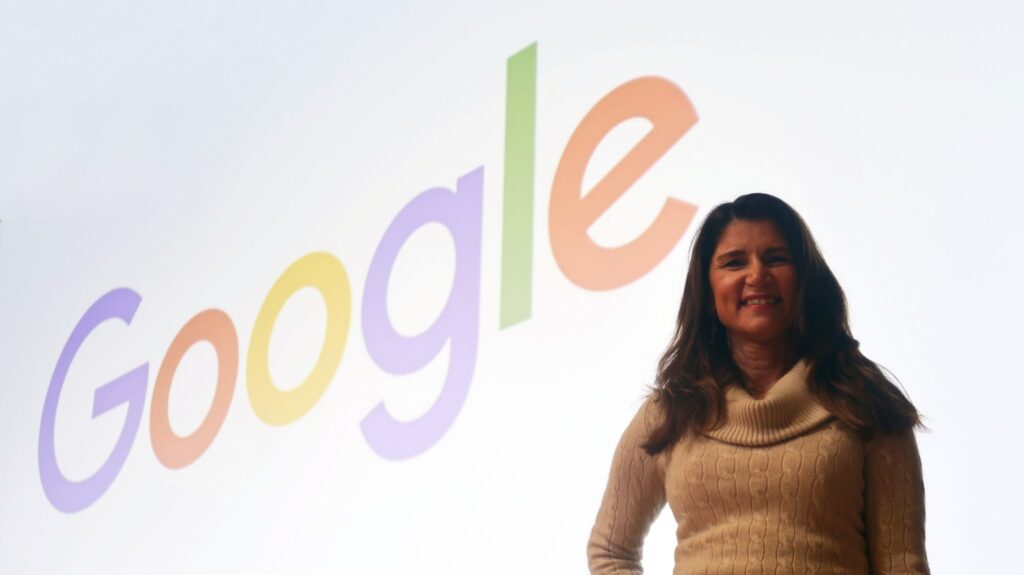 We were delighted to welcome Jimmy Wales to deliver our first Goddard Lecture in December 2019. Jimmy is best known as being the co-founder of Wikipedia and was recently named by TIME magazine as one of the 100 most influential people in the world.

‘Web celeb’ Jimmy Wales is a U.S. Internet entrepreneur, best known as the founder of Wikipedia, the international collaborative free content encyclopedia on the Internet. The origins of Wikipedia began in March 2000, when Mr. Wales started Nupedia (“the free encyclopedia”), which was characterized by an extensive peer-review process designed to make its articles of a quality comparable to that of professional encyclopedias. The project was dubbed “Wikipedia.” Mr. Wales laid down the founding principles and content, establishing an Internet-based community of contributors during that year.

Mr Wales has spent his working years developing a number of web based businesses, with some important ethical objectives. He is a Fellow of the Berkman Center for Internet & Society at Harvard Law School and also serves on the Board of Directors of Socialtext, a provider of wiki technology to businesses. He has received an honorary doctorate from Knox College of Illinois and was presented with a Pioneer Award from the Electronic Frontier Foundation in 2006.

Years 6, 9 and 10 were fortunate enough to hear his lecture and many  pupils were surprised that a man who has achieved so much began his talk by detailing his failures, but he explained how each of them had helped him to grow as a person and contributed to his later success. Pupils were warned not to tie their ego to a business. He also discredited the myth that an entrepreneur has a single successful idea from which all their success follows, rather that each successful idea was as a result of gradual improvements made to a series of unsuccessful ideas.

He then warned students that they must be careful when reading information online and discussed what made superior sources of news and information reliable and trustworthy. This was in particular in comparison with inferior news sources and he warned of the pernicious influence of advertising and clickbait on the information we are bombarded with in the modern world. As the internet becomes even more central to all of our lives, this will no doubt serve all who attended as a useful reminder about the benefits as well as the potential drawbacks of the information and telecommunications revolution. 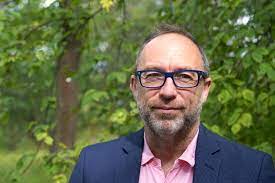