Congratulations to Mr Mike Etches (OE1955-62) whose book “Hero in the Footnotes: The Life and Times of Richard Cadman Etches: Entrepreneur and British Spy” was published a few months before he celebrates his 77th birthday next July.

Mike always had an interest in history, genealogy and exploration, but a busy career working as an insurance broker and everyday family life prevented him from devoting as much time to it as he would have liked. After retiring he decided to take his long-term interest in the Etches family history up several notches, which led him to the subject of his book, Richard Cadman Etches. This exceptionally colourful character, which Mike brings vividly to life, was a wine merchant, ship owner, and fur trader on the North West Coast of America in 1785-89, who dabbled in naval intelligence on the continent during the Napoleonic Wars. Mike, whose father Herbert (OE1919-24) was also an alumni, was delighted to uncover the fact that he is the third cousin (five times removed) of his colourful adventurer namesake! Mike believes his book is the first full biographical study published on Etches and his love of literature was inspired by English teacher (and eventual Headmaster) Mr Peter Hendry who taught him A-Level English and remembers as a brilliant teacher.

They say everybody has a book in them, but that life sometimes gets in the way of writing them, so we’re delighted that Mike is making good use (all these years later) of the Language and English school prizes he was awarded way back in 1962!

We wish Mike all the best with the publication of his book! 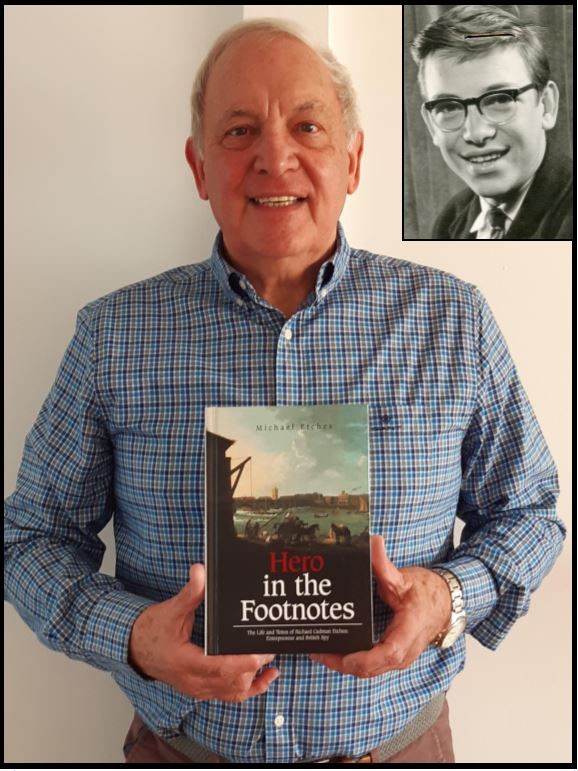