Over the summer, we interviewed former Heads of School (who used to be called School Captains) about their time at the school and their lives since.

My best memories of Emanuel are the informality of teamwork as part of a boat crew at the weekend and the formality of returning to school on Monday as well as the mutual respect between staff and pupils. I was also lucky enough to meet the girl that became my wife at the school dancing classes, when girls from Streatham High came to Emanuel. I still can’t dance, but the marriage has lasted.

What were your responsibilities as School Captain?

My main role as a School Captain was maintaining discipline and order within the school and monitoring the team of School and House Prefects as well as representing the school at all public occasions.

Can you share any funny moments from your time as School Captain?

As School Captain I had my own personal study, while School Prefects shared studies and House Prefects had a Common Room.  My study had a fireplace and so could be heated in winter. Occasionally, coal was required and a repeat offender would be detailed to transport this. My study was popular as a lunchtime gathering point because it was warm and one day there was an explosion in the fire. This was traced to a .22 rifle shell that had had its missile removed and been folded over. I felt sufficiently outraged to report this to the Head, Mr Grundy. He responded by saying “.22? In my day it was .303”. The culprit was on extra time-consuming duties for a little while!

Who was the Head during your time as School Captain?

Mr Grundy – a stiff and dignified man, but very fair.

The teachers who particularly influenced me were Derek Drury, Mr Edwards and Colonel Hill.  All three had been in the services or industry and had experienced life. They communicated why we were trying to achieve our various goals and made it all meaningful.

I am particularly proud of being the School Captain, Captain of Boats and House Captain of Rodney. There was also an occasion where I found myself skippering a small engineless yacht without any means of communication in the Baltic as part of the Boat Club.

History is written by the side that won.

Emanuel taught me to never make a threat that you can’t carry out. My predecessor as School Captain had issued an edict that everyone’s bike must be inscribed with its owner’s name. Six of the best was the announced penalty for failure to comply and there were over two hundred to deal with.

Have you stayed in touch with Emanuel friends?

I have not stayed in touch with Emanuel friends, but the years dropped away at the Pre-1959 reunion when I was delighted to meet Tony Layton, Jonny Sturgeon and Harry Waddingham again.

What did you go on to do after leaving Emanuel?

I became a motor trade pupil for Mann Egerton in Norwich after leaving Emanuel. The three-year management training course covered every aspect of the motor trade including admin, sales and mechanical repairs. The company only took on one pupil per year and we had to achieve the qualifications in three years that an apprentice would in five so it was very hands on. I later became Service Manager of a British Leyland main distributorship before joining Eagle Star Insurance Company as a Motor Engineer or Assessor.

What’s something you might say to your former self if you came across yourself in the playground?

The advice I’d give my younger self now is to use and enjoy any good luck that comes your way but recognise that you were lucky and acknowledge that people make their own luck. Success isn’t only measured in financial terms; personal happiness and fulfillment should also be considered. If anyone offers you advice, consider the authority and experience with which they speak and make up your own mind about it.

I have enjoyed and been involved with boats all my life. I hold a DoT/RYA Yachtmaster Certificate and taught candidates at evening classes for twenty-five years. My wife and I raced dinghies and I’ve done a fair bit of Ocean sailing as a navigator. I was lucky enough to join a regular yacht crew and did all the RORC North Sea races for three years and as a result later voyaged regularly from the Caribbean to Maine and back, avoiding the hurricane season in Virgin Gorda and freezing in South West Harbour. The return passage involved crossing the Gulf Stream out from Newport Rhode Island and on to Bermuda, then due south from there in order to avoid ‘running up the down escalator’ of the Gulf Stream.

Prior to the lockdown I still raced radio-controlled yachts. I’m involved with the local University of the Third Age (U3A) where I lead various watercolour groups and try to play golf. I am heavily involved with Freemasonry, having been Master of my Mother Lodge and held an active provincial rank. Our grandchildren are a source of great delight, as they continually surprise me by seeming to want to be involved with us fossils and frequently calling in or phoning to report on their lives and check on ours.

How are you coping with isolation?

Isolation is difficult as it is contrary to the training of a lifetime. Keeping the required personal distance could be deemed antisocial and isolationist, but we have to do it!

My lockdown advice is to keep in contact with as many people as you can, particularly those on their own as they are effectively in solitary confinement. Join your local U3A, where you will find many like minded people, once lockdown is over. 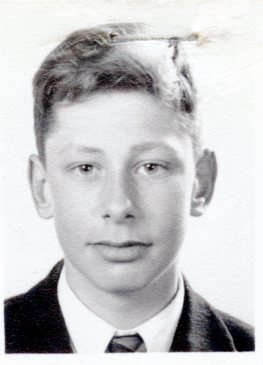 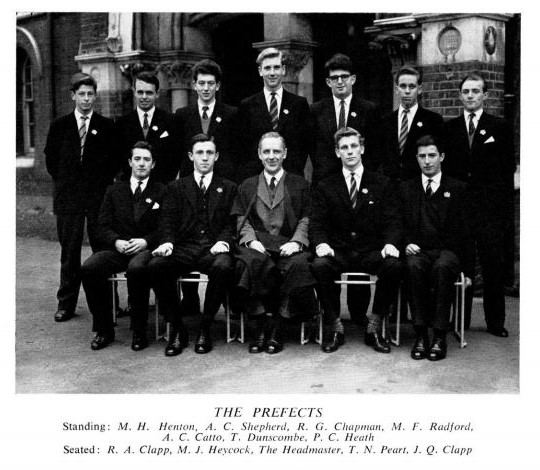