The Classics department facilitates the popular ‘Greek Gods’ Primary Ambitions module.  As part of the five-week session, we recently hosted a lesson on the Olympic Games with an outdoor re-enaction of the key events.

‘The initial weeks of school were spent preparing for the arrival of the first class from John Burns, trialling and editing PowerPoints to ensure they were as enjoyable and interactive as possible for the new pupils. The first lesson focused on Greek gods, introducing the children to the wonderful world of Classics. We were pleased to realise that several pupils had some previous knowledge of the topic, having heard of these gods in films and books.

Over the next few lessons, the children enjoyed participating in quizzes and creative activities like drawing their own gods and gladiators, and then presenting their creations back to their peers.

A memorable moment was the Olympics lesson; after learning about sports in the ancient Games and its founding story, we held a mini-Olympics involving long jump, shot put and discus. Competition and excitement ran high, and the winners received a crown of leaves, as in ancient times.

We have been incredibly pleased with the primary school pupils, who are consistently engaged and eager to learn about classical history. In addition, Primary Ambitions has given Emanuel students an opportunity to develop our confidence and leadership skills, whilst furthering our love for Classics even more. It is especially fulfilling to meet the children each week as they arrive: excited, animated, and already asking questions about the lesson to come.’ 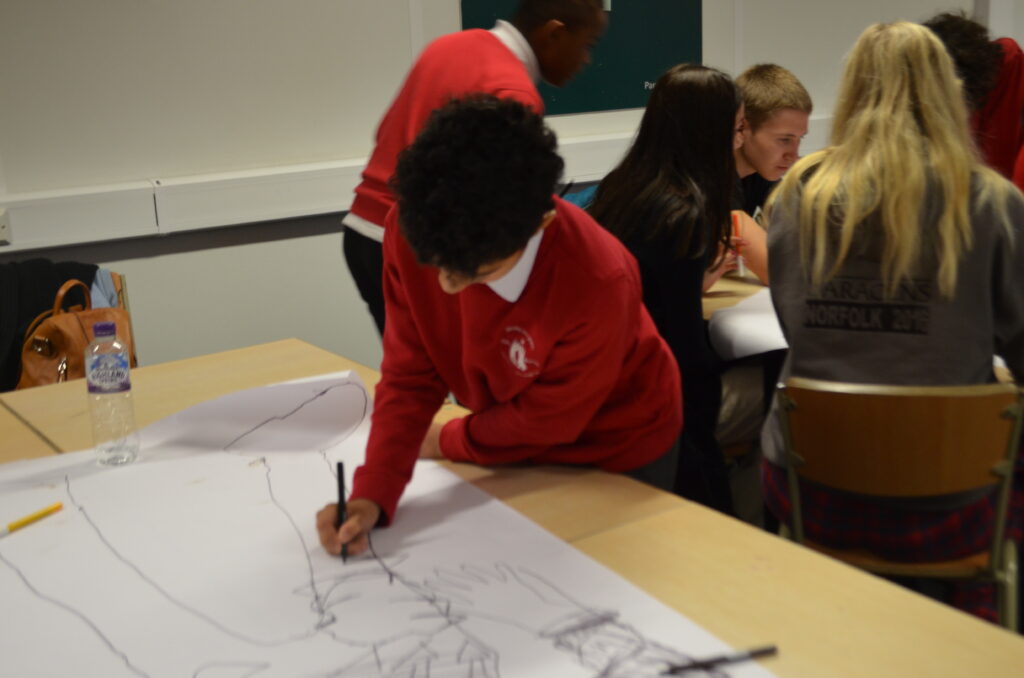