Oscar Featherstone (OE2004-09) was editor of a CNN investigative news feature Putin’s Private Army which has just been awarded the National Television Academy News and Documentary Emmy for ‘Outstanding Investigative Report in a Newscast’.

This was a two-part investigation into the semi-covert actions of Russian mercenaries operating in the Central African Republic training a new national army, possibly in exchange for mineral exploration rights in the region.

We tracked Oscar down for an update on his journey towards CNN and his activities over the last decade:

“After leaving Emanuel, I didn’t go to university as such. I moved to New Zealand to study at South Seas Film and Television school, majoring in Post Production. After graduating I spent a year working for a Maori language TV channel as an assistant editor. Once I’d moved back to London I spent two years working at various online commercial agencies until I was offered a job at The Daily Telegraph as a producer and editor for their video content. Through my experience there I was lucky enough to land my dream job as an editor at CNN.

I really feel like I’ve found my niche; the energy and excitement of a breaking news environment combined with the privilege of working with some of the most knowledgeable and talented people the industry has to offer is an absolute winner for me.”

In chatting to Oscar it genuinely sounded like he had indeed landed his ‘dream job’, which varies between editing substantial investigative pieces, which come along every few months, to covering human-interest stories, UK and European politics, the recent fires in Australia and Covid-19. Earlier in the year, in another big feature, Oscar also worked with distinguished correspondent Nima Elbagir (photographed below with Oscar at the Royal Television Society) on a series on arms trading in Yemen. Some of his earlier work often centred on world conflict zones, including the film 36 Hours with the Taliban.

At Emanuel, Oscar was part of a terrific J15 crew which took bronze at the National Schools’ Regatta (pictured below).

Here are links to the films mentioned: 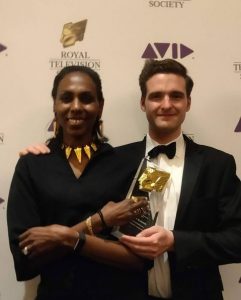 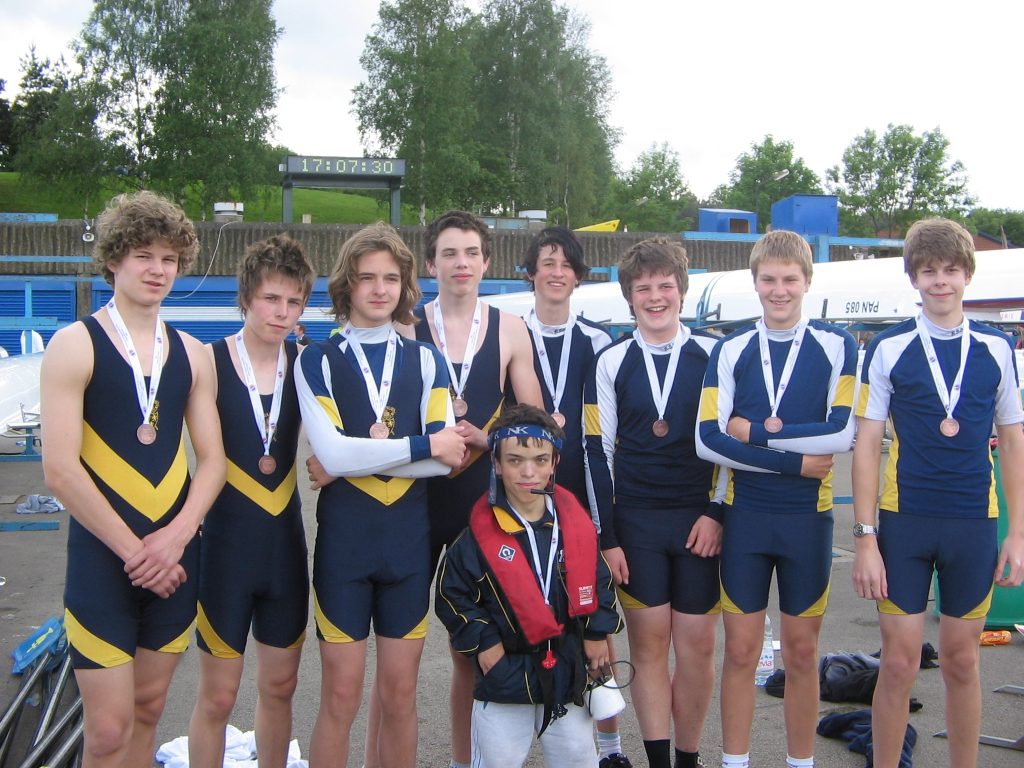