Pupils who study German have been taking part in football matches conducted and refereed in German over the past half-term.

These sessions for pupils studying German in Years 6 to 9 are delivered by a former Arsenal coach and have been the source of much excitement. It was thrilling to see pupils putting the language they acquired in their classroom work into practice on the pitch. Our budding football stars were keen to demonstrate their footwork and their German! 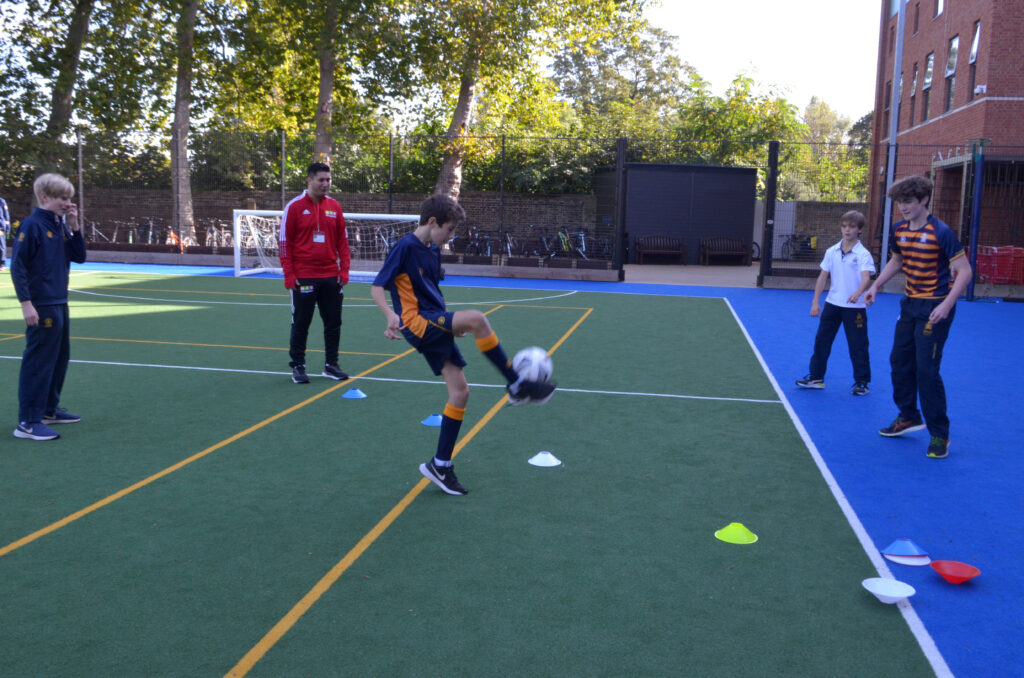