Inspired by MIT’s annual ‘Integration Bee’, on Tuesday 7th June, eleven of our further mathematicians played their part in a truly magical and unforgettable hour and a half of laughter and inspired mathematics. 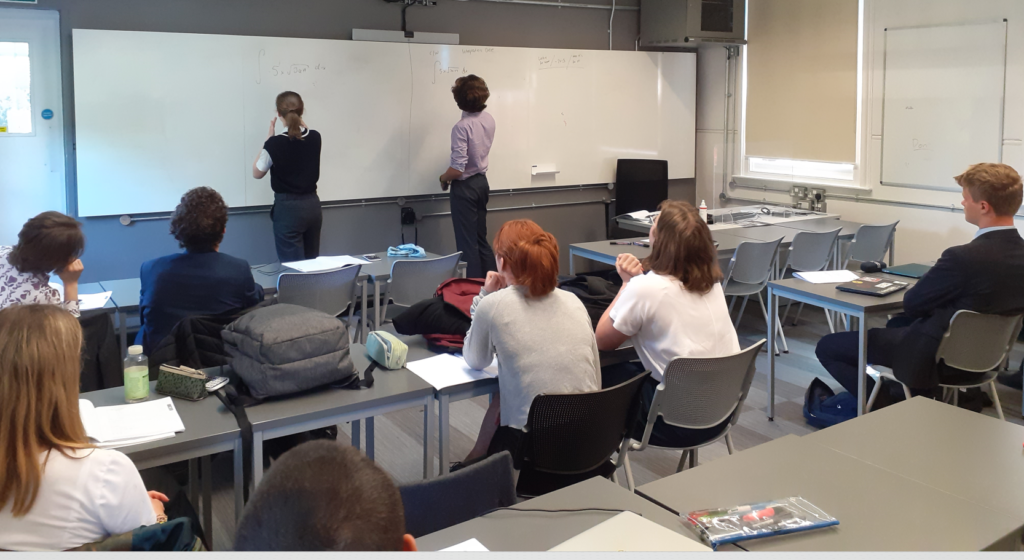 In the knock-out competition, students went head to head on the whiteboard, in full view of their peers and four teachers – the pressure was on. Their task was to correctly integrate a function before their opposite number – simple, or so you might think. In the first semi-final – a high quality and titanic battle – Lucy managed to beat Esme by the narrowest of margins. The story of the other semi-final was similar with Freya , who had started slowly in the earlier rounds, managing to pip the impressive Eva to the post with a mercurial solution. And so, despite the best efforts of the other further mathematicians, the stage was set for a final involving the top two seeds. The question, taken from a past MIT competition, caused a challenge, however, after about ten minutes of frantic working, both students were within a whisker of the correct solution, but blind to their error – a tiny prompt was issued and within seconds Lucy corrected her answer and was duly crowned the ‘Grand Emanuel Integrator’, a title claimed last year by Phoebe. 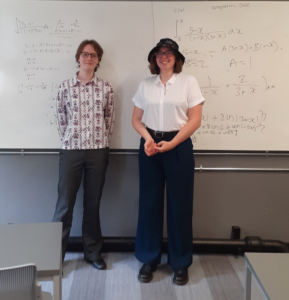 I would like to thank all of the students for entering into the spirit of the occasion and performing to such a high standard, and also Mr Bishop, Mr Harris and Ms Cojbasic for their lively support, enthusiasm and impartiality.