Brother and sister row their way to British Records

Following the success of Ollie Olby’s British Record a few weeks ago, the competitive nature was sparked among our senior rowers, and now brother and sister Guy and Maddy Kitchen have joined the record-breaking club.

Guy (Upper Sixth) set his aspirations on the 10,000m record, a middle distance which would require a high intensity sprint row to be the best. In preparation he spent a week monitoring and adjusting his diet to ensure he would weigh in under 72kg and meet the lightweight rowing criteria. Guy not only beat the British record, but he broke it by 25 seconds, setting a new time of 36 minutes 28.7 seconds.

Not to be outdone by her brother, Maddy Kitchen (Year 11) also took on the challenge of the 10,000m ergo. In fact, the siblings had planned to attempt their challenges at the same time; however after a slight muscle strain Maddy had to delay her test day a week. I am pleased to report that on the 17th  May she set a new British record for the Women’s 15–16 category. Maddy completed the 10,000m ergo in a record time of 42 minutes and 59.1 seconds.

Many congratulations to Guy and Maddy for these fantastic achievements. Emanuel School Boat Club now holds three new Concept 2 British Records set during lockdown – will there by any more? 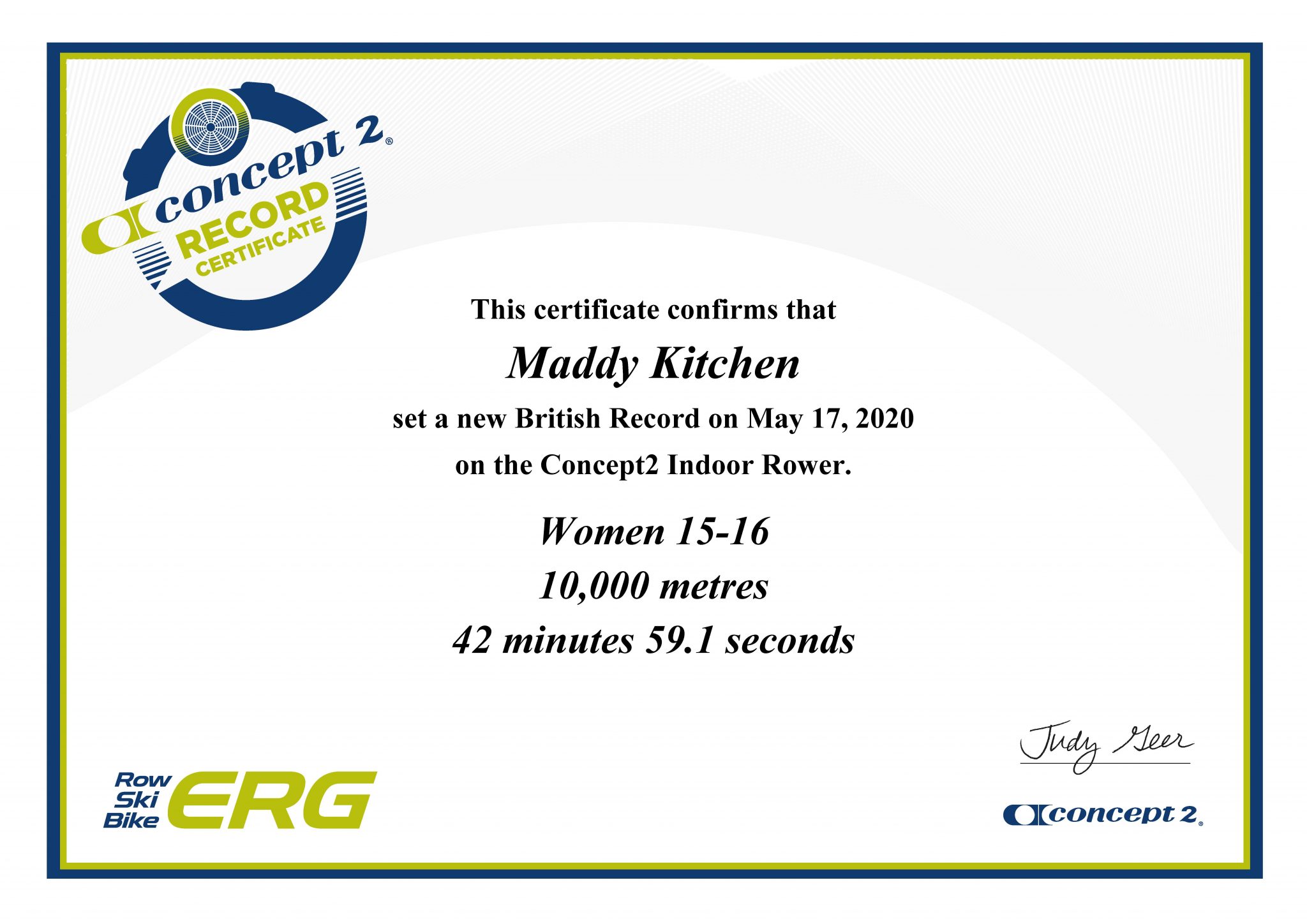 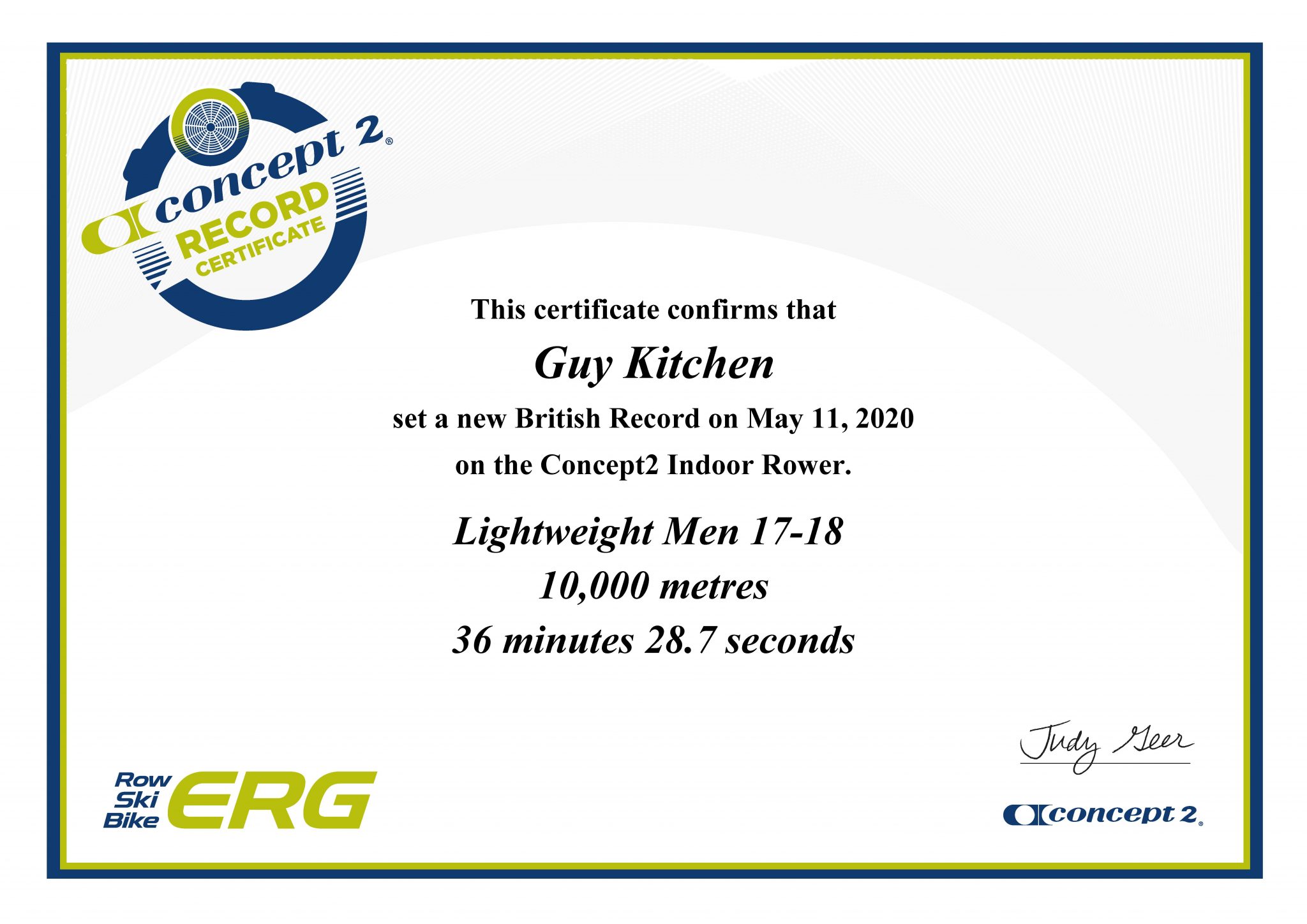