A group of enthusiastic Lower Sixth students have established The Athena Society – a new History & Politics group, named after the Greek goddess of wisdom, which will review articles, books, films and art to uncover the stories of women with agency through time and the allies that have supported them.

The inaugural meeting on Wednesday 28th April generated a fantastic discussion, with students offering many insightful points on their experience so far on gendered politics and knowledge of women’s history. One of the main points discussed was the way in which both male and female students often don’t feel empowered to talk about these issues amongst their peers for fear of being ‘cancelled’ on social media. It was interesting that many of them were saying that they are starting to realise how harmful social media can be and that it is an incapable forum for reasoned debate. They all said they were really pleased the group has been set up so that they can physically listen to each other and learn and talk about things in a safe space together.

The second meeting of the Athena Society this week drew in an even bigger audience as we discussed the myth of Medusa. Traditionally, the snake haired woman who could turn people to stone with one look has been seen as a monster, cursed by Athena for violating her temple. But by re-interpreting it through a feminist lens, we considered whether Athena had in fact ‘saved’ her from the male gaze by turning her into a monster.

We then went on to look at how imagery of Medusa has been used to vilify female politicians. We debated the ways in which characteristics are often labelled as ‘feminine’ or ‘masculine’ and how those who have traits that cross those imagined boundaries are ridiculed. Are character traits linked to gender simply an outdated concept? 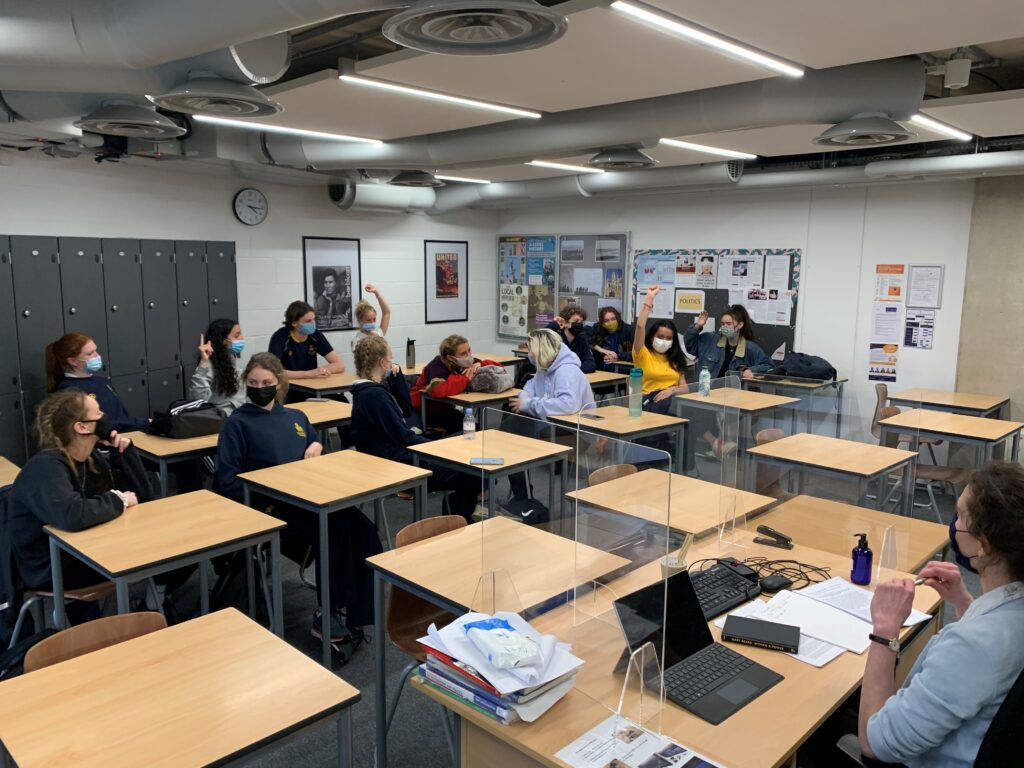