In the autumn of 79 AD, Mount Vesuvius violently spewed forth a deadly cloud of super-heated tephra and gases, burying several Roman cities in ash and pumice, including Pompeii and Herculaneum, and thus preserving them for later excavation. Students have enjoyed reading about the casts of volcanic victims uncovered in Pompeii, as well as following the desperate attempts of Caecilius and his family to escape the city.

Attached can be seen work belonging to Violet, Gracie, Nicole, Dorothy, Will, Maya, Sofia, and Mackenzie. 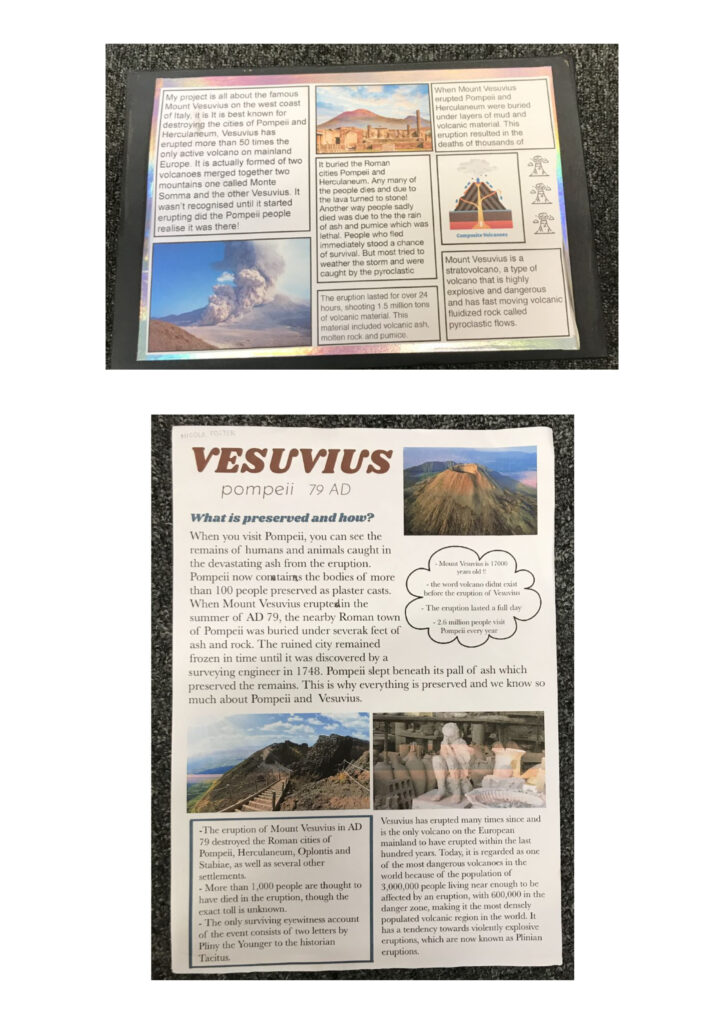 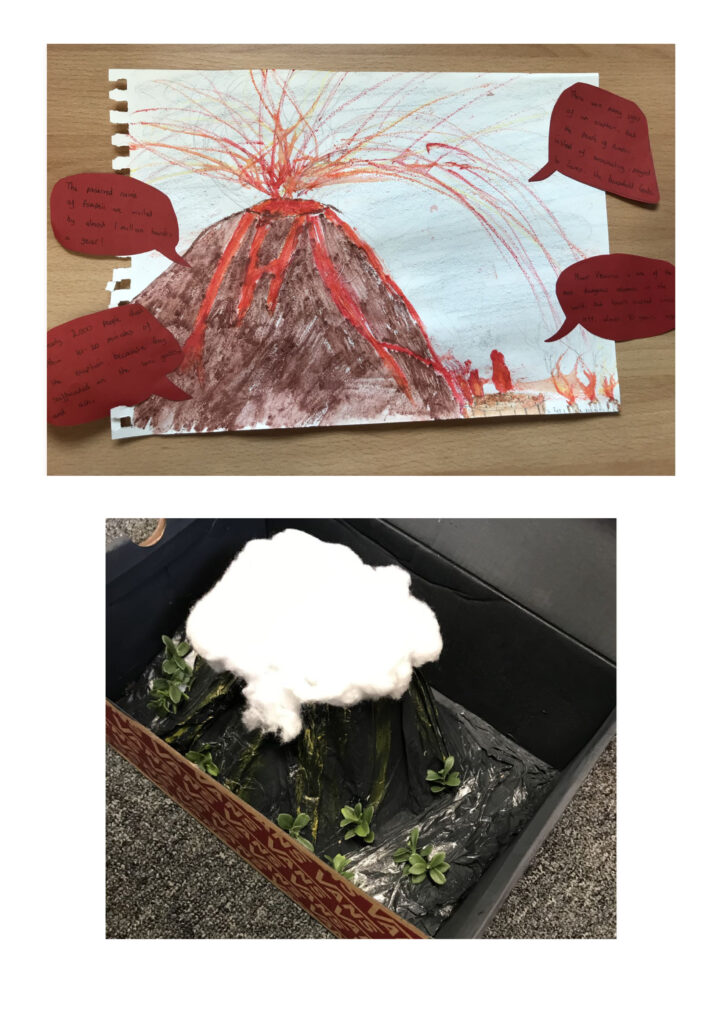 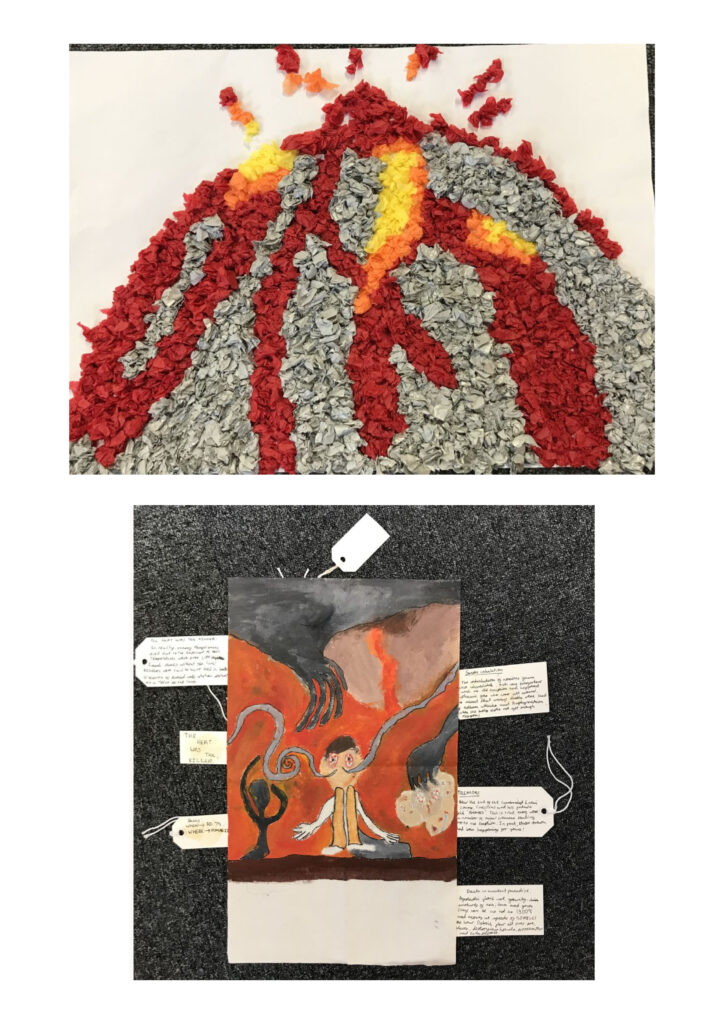 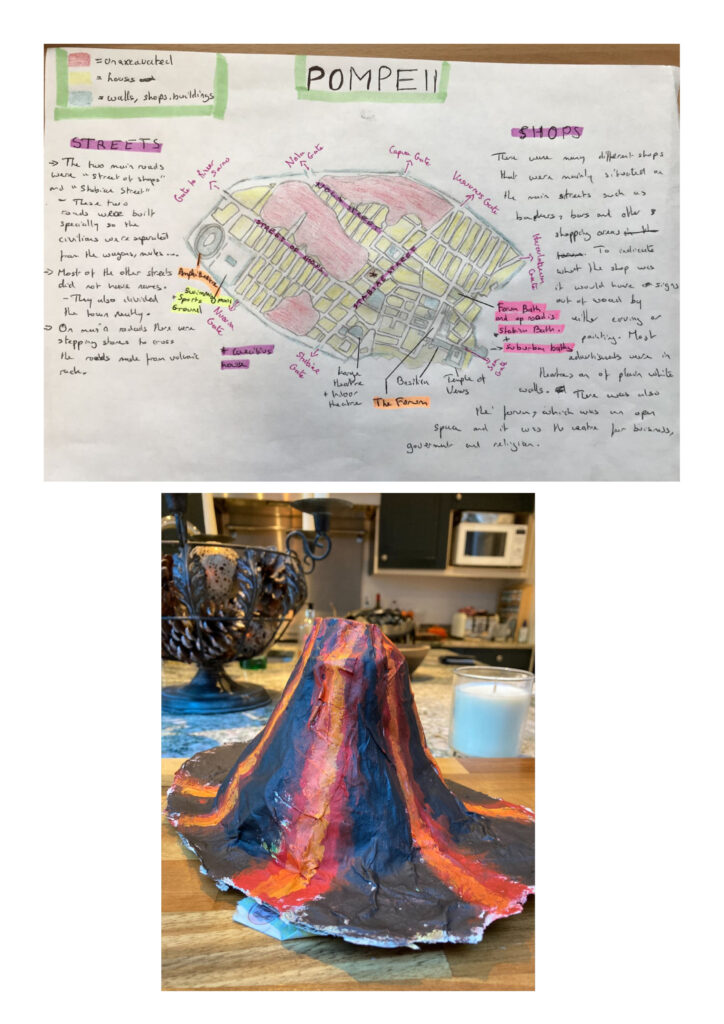