Farewell to our Oarsome Captains

It has not been the summer rowing season which anyone had hoped for this year. However, the rowers have continued training hard from home, joining their zoom workout sessions and taking part in virtual team challenges. I am extremely proud of how all the pupils have stayed positive, rallied around each other and kept focused during these uncertain times.

As we come to the end of the year it is with sadness that we say farewell to the Upper Sixth rowers. As coaches, we were sure this would be the year we medalled at Nationals and qualified to race at Henley Royal Regatta. Even though that was not to be, I am sure they will leave more driven and determined to find new sporting challenges to set their sights on.

This Upper Sixth group have been dedicated, hardworking and a joy to have at the boathouse, none more so than our two Captains, Maddie Jeynes and Ollie Olby. They have both been a pillar of strength to their squads during lockdown, showing resilience and maturity beyond their age. 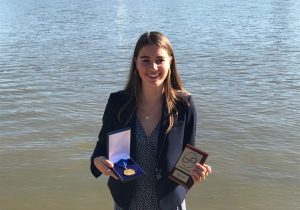 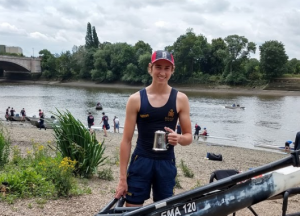 Maddie Jeynes has been a constant spark of energy and enthusiasm throughout the year and especially during the lockdown months. She is a talented sportswoman and a wonderful role model for the younger rowers. As Captain, Maddie has been welcoming and encouraging to others, never failing to support and motivate the girls at training, on and off the water. She has always pushed herself physically and mentally at training, leading by example when the going gets tough. She has been an inspirational Captain. She, and her infectious laugh, will be sorely missed at the rowing club, not just by the younger rowers but by the coaches too.

Ollie Olby has motivated the senior boys throughout the last year and led them to become stronger and more resilient as a squad. During lockdown, not only did he set a new British ergo record himself, but also encouraged others in his squad to too. He is a very skilled rower, and is inclusive and appreciative of every person in the squad. He has brought laughter to the boathouse and left a legacy behind which the younger years will follow. I am sure he will keep a close eye on the junior boys from afar and be cheering them on in years to come.

Not wanting to miss out on celebrating the rowers and their successes prior to lockdown, this year the rowing awards took place in the virtual way we have all become accustomed to, via Zoom.

On Tuesday 23rd June, over 100 families logged on to join me for the 2020 rowing awards. It was a wonderful occasion, with many laughs, applauds and tears. We enjoyed two wonderfully moving speeches from the Boys’ and Girls’ Captain of Boats and had the opportunity to say farewell to the Upper Sixth rowers.

Thank you to the parents who worked with me on the covert mission of receiving the awards prior to the event. This allowed the winners to receive their award not just verbally on zoom, but also physically from their parents. Awards were presented for Most Valuable and Most Improved in each age group and squad, as well as Cox of the Year, Oarswoman and Oarsman of the Year. 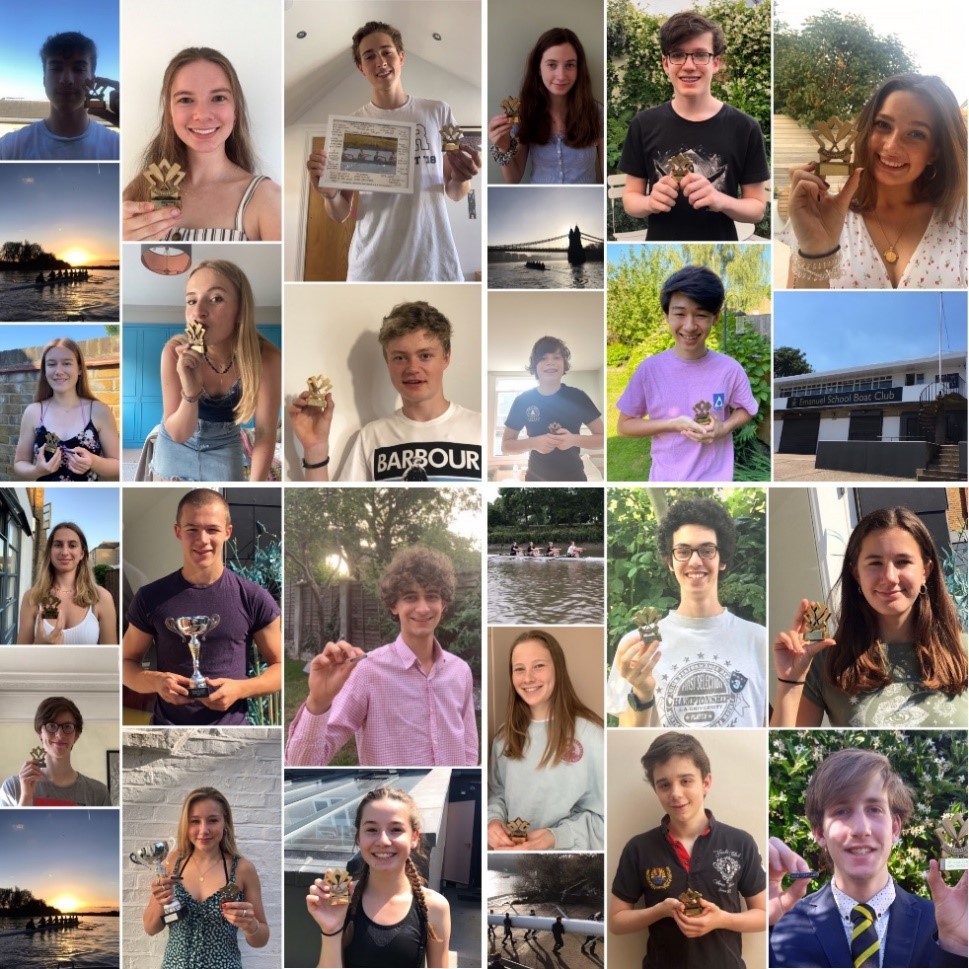 The 2019-2020 highlights video was a lovely way for the squads and coaches to reflect on the year and share memories together. This can be seen here: https://emanuel.fireflycloud.net/sport/sports-performance-engagement-and-development/performance–core-sports/rowing/2020-rowing-awards-night

I would like to say a huge thank you to all the rowers and parents for all their hard work and positive efforts not just during the last few months but also during the last couple of years. It is fair to say this rowing season has not turned out like anyone would have expected or hoped, but the level of teamwork and support I have seen amongst the rowers, towards each other and their coaches, has been outstanding. I would like to express my sincere thanks to all who have helped me in my role as Director of Rowing, for the parental support and of course the pupil participation, enthusiasm and devotion to Emanuel Rowing.