Having spent most of this half term planning for the musical, Senior Tech Club used the last meeting before the break to look at how theatre is made on a larger scale.

Each student chose a video from the National Theatre’s How We Made It YouTube playlist and then championed their video in a series of discussions to decide which area of technical theatre piques the most interest. Each video was based around a different National Theatre production and presented an aspect of the show from the point of view of the designers and technicians. Having battled in breakout rooms, the final round was between Susanna’s choice of Ugly Lies The Bone : Designing a Projected Landscape and Finn’s choice of ANNA : Working with Binaural Sound in Theatre. After some strong arguments from both sides and only one vote in it, the group decided that a play which is listened to via headphones connected to microphones positioned behind the lead actress’s ears was the most intriguing and ANNA : Working with Binaural Sound in Theatre won the day. 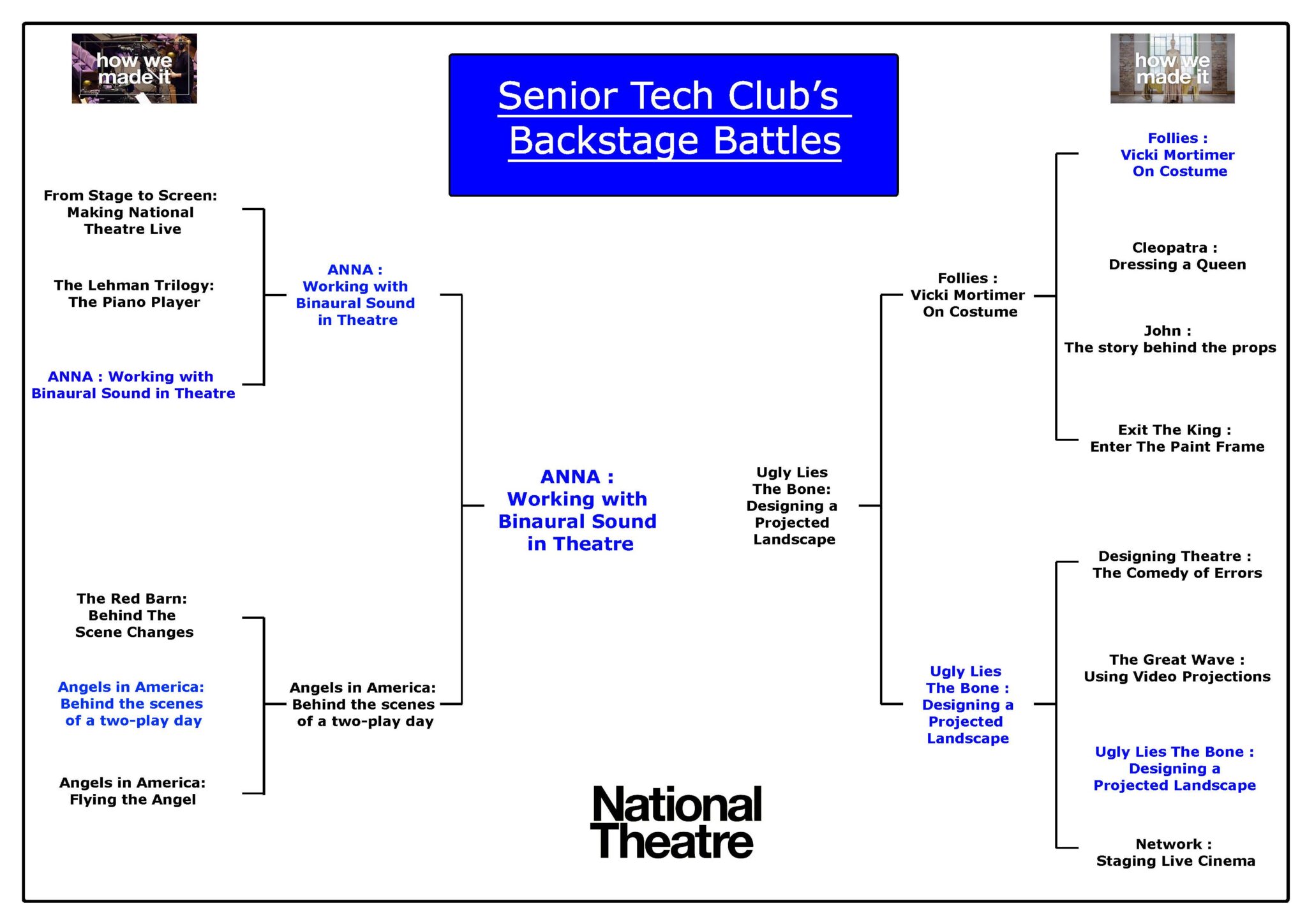 All the videos we watched are on Firefly: