Inspired by MIT’s annual ‘Integration Bee’, on Tuesday 25th May, seventeen of our further mathematicians played their part in a truly magical and unforgettable hour and a half of laughter and inspired mathematics.

In the first stage of the competition, one student from each of the two further maths classes was picked at random, before going head to head on the whiteboard, in full view of their peers and four teachers – the pressure was on. Their task was to integrate a function, hopefully with speed and accuracy. After half an hour of intense good-humour, surprises and sublime solutions, Ms Cojbasic’s team managed to win by the narrowest of margins. 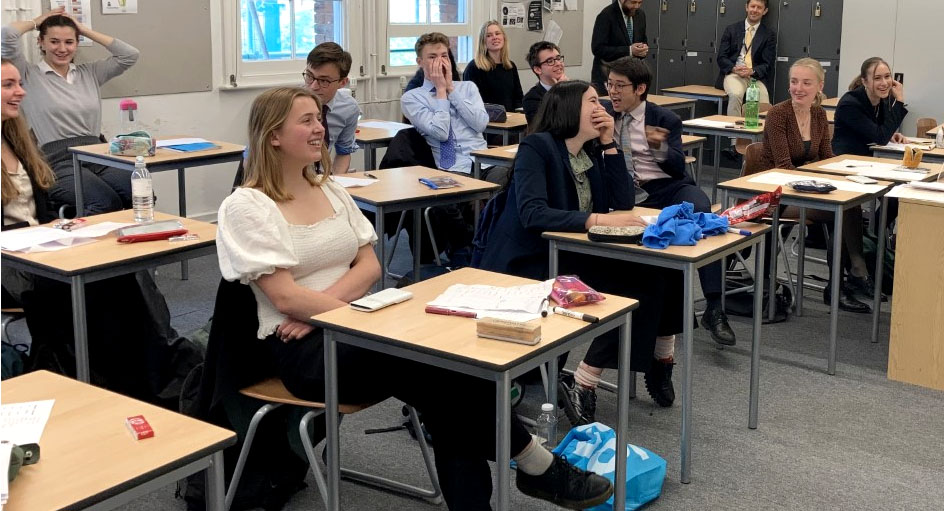 Next was the knockout competition, just as you would see in a tennis tournament. Daniel Benton, Hetty Bieber, Harshitha Mutyala, Teddy Kinsler, Tom Purser and Edward Newton had all performed strongly in the team round, but were unable to find enough speed or accuracy to progress to the semi-finals. Having beaten Georgie Clarke and Eve Emmanuel respectively in the semi-finals, Ollie Lax and Phoebe Trevelyan-Clark were given a particularly challenging integration with limits in the final. In a classic encounter, Phoebe held her nerve and, after quite a battle, managed to find the correct solution, thus earning the honour of becoming the first ever ‘Grand Emanuel Integrator’.

I would like to thank all of the students for entering into the spirit of the occasion and performing to such a high standard, and also Mr Bishop, Mr Fazaluddin and Ms Cojbasic for their lively support, enthusiasm and impartiality.