I am absolutely delighted at the way the Year 7 Chess Club has continued to grow and flourish across the school year. Back in September, we started with a regular group of about nine pupils, of which Thomas, Joshua, Devin, Macsen, Rory, Dougie, Elsa and Summer are still committed members. In fact, most of these pupils have rarely missed a week and some none at all!

Since we returned from the last lockdown, the regular group has slowly but surely expanded and we have picked up many new regular players, including Jun, Corin, Laurence, Elgan, Harry and Farhan. Over the last couple of weeks, we have expanded to between 18 and 20 competitors and have even had to send runners to pick up more boards from the library! Word is obviously spreading as the last two sessions have seen many other pupils attend for the first time and Room 45 is packed. It is also nice to see regular attendees playing those for the first time and the standard of play is fast improving.

After half-term we will be running a Year 7 competition, probably in a league format, and see whether we can identify a ‘Champion’ by the summer holidays.

Well done to everybody who has participated and enjoyed their chess this year. 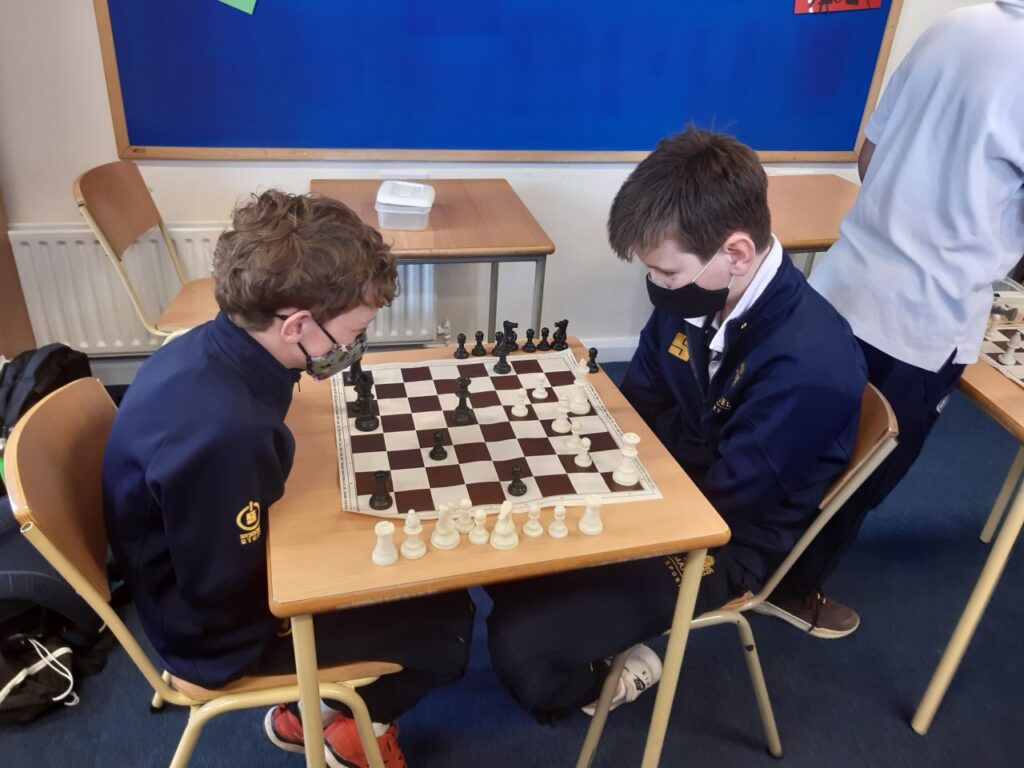